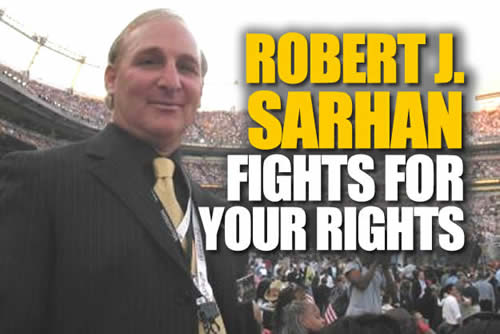 Robert Sarhan MD
Our Parents Estates are Being Stolen and Our Parents are Being Murdered, by Probate Court Judges, Attorneys and Guardians. Our State, Federal and Appellate Courts are infested with Crimes of Racketeering, Extortion, Fraud and Murder of our Parents and or our Senior Citizens. The United States has become a “Lawless America” due to the widespread corruption of our State & Federal Judges, Lawyers, Guardians, Congressmen, Senators, Governors, Legislators, FBI and other Top Government Officials, are destroying this Country and the Stealing between 500 Billion to a Trillion Dollars per year from the American People. So every dime that the American People have saved to leave to their children, will be stolen by these Judges, Lawyers, Guardians and Other listed above, before the ending of their life. If you think a “Will” will protect your Money, your wrong. Please see this video. Please see another video filmed by Bill Windsor called a “Lawless America” filmed in 2012

Dr. Robert Sarhan watched in a court as his mother, Yvonne, pleaded a decade ago with a Miami-Dade probate judge to name him as her guardian.

After all, he was a doctor with the U.S. Bureau of Prisons and a beloved son. Who better to take care of his mother?

But citing discord between Sarhan and his brother, Circuit Judge D. Bruce Levy appointed a professional guardian. An attorney was brought into the case, and the attorney brought in scores of other professionals, including around-the-clock nurses and maids, Sarhan said.

“All of the sudden my mother was treated like an invalid, but she wasn’t. She was fully competent,” he said. “This is the modus operandi: isolate, medicate and then steal from the estate.”

Attorney Robert L. Moore of Miami said he has assisted Sarhan and others pro bono in fighting unjust guardianships.

“I think Florida has a real big problem on it’s hands, and I am not sure if the state really knows what to do,” Moore said.

“There is clearly an effort or movement afoot of those who have had loved ones taken away from them and their inheritance squandered by predatory, shark-like attorneys who see this as a legitimate form of business.”

Yvonne Sarhan died in 2010 after her son spent every cent he had fighting to retain guardianship. Dr. Sarhan has since joined about a dozen other South Floridians who say it’s time for the Florida Legislature to step in and update guardianship laws.

The group of emotionally drained people with guardianship complaints is motivated but frightened.

One woman in this group appeared on a Miami radio show in May to tell her story about how a guardianship did not provide one cent for her mothers care while attorneys charged hundreds of thousands of dollars in fees to her mother’s account.

She is lobbying lawmakers in Florida and Washington but does not want her name published after she asserted she received threats from guardians and their lawyers that it would be wise to remain silent.

“There is no oversight in this area of the law. Meanwhile, more people require guardianships on an annual basis,” she wrote in a letter to the U.S. House, “Instead of the elderly being protected, they are being subjected to humiliating and degrading treatment whereby their funds are used to first pay attorneys involved in their cases.” FULL STORY

Dr. Robert Sarhan, on behalf of himself and his mother, Yvonne Sarhan, filed suit in Miami’s U.S. District Court against one of this city’s most experienced and esteemed probate judges, Arthur Rothenberg, alleging that his mother’s constitutional rights had been violated when Judge Rothenberg adjudicated his mother incapacitated and appointed her a guardian.  Apparantly unhappy with the fact that Judge Rothenberg’s ruling was upheld on appeal by the 3d DCA, Dr. Sarhan sought another bite at the apple before a federal court.  And just to make sure everyone knew he meant business, Dr. Sarhan’s federal claim also sought $100 million in punitive damages.

This case highlights two themes I’ve written about before.  First, vexatious pro se litigants are simply a fact of life in probate litigation and counsel/judges need to know how to manage that problem, because it’s not going away [click here, here].  Second, the U.S. Supreme Court’s 2006 decision limiting the scope of the “probate exception” to federal jurisdiction is likely to trigger a surge in probate-related matters (like the linked-to case) ending up in federal court [click here, here].  Again, probate counsel need to know how to manage this jurisdictional issue as well.

No, you can’t relitigate your guardianship case in federal court:

The linked-to opinion is an excellent road map for probate counsel trying to figure out when (if ever) litigation related to contested guardianship proceedings can end up in federal court.  Most of us would automatically assume this case was silly to begin with (which probably explains why Dr. Sarhan filed it pro se), but not many could articulate exactly why, as a matter of jurisdictional jurisprudence, you’d get laughed out of court for pulling a prank like this.  After this case, you’ll know why.